To begin with, COMMUNION recently hosted a 3-day residential retreat at Rishikesh, exclusively for my mentees, I have had the pleasure to help over the months.

Focused on multi-discipline personal growth, the retreat had series of interactive sessions with domain experts in entrepreneurship, work-life balance, digital communication, mental health, wellness & nutrition, the art of giving, networking, and more; clubbed with wholesome rejuvenation with long walks, music, recreation, and much more – elements that made a big difference in the way the participants connected with each other and as a tribe – from being almost strangers.

The Retreat turned out to be a game changer in more ways than just personal growth and networking.

It is often said that when we step outside our comfort zone, we begin to grow, change and transform. This is what we experienced during the Retreat at Rishikesh. Breaking away from luxuries, madness, and nuisances of urban living was therapeutic, to begin with, and set the perfect ambiance for us to open up to each other and connect beyond what we had envisioned. 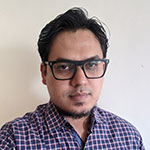 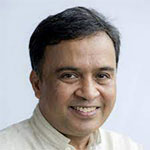 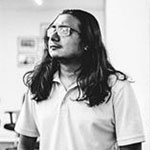 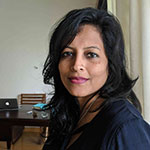 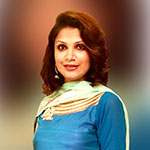 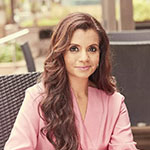 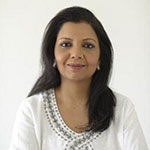 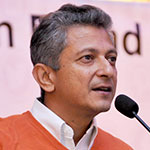 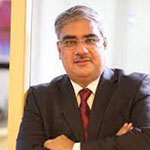 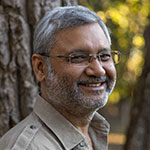 Search #Communion on Twitter to read the experiences shared by the participants of the Retreat.

Watch this candid short video for highlights of the Retreat. 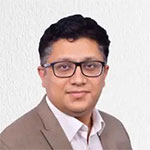 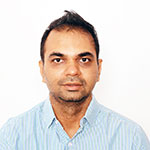 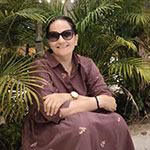 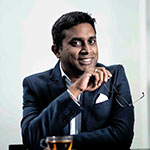 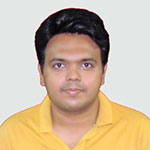 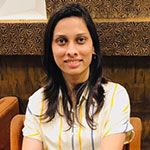 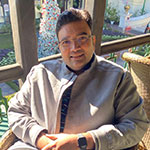 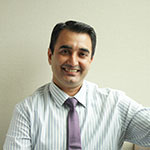 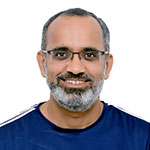 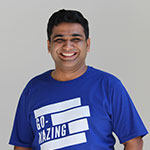 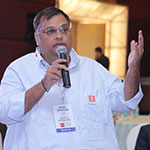 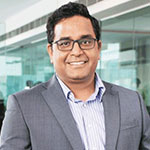 Vijay Shekhar Sharma is the founder and chief executive officer (CEO) of financial technology company Paytm. Within five years of its inception, Vijay Shekhar Sharma turned-around a startup into a billion-dollar company. A celebrated Indian billionaire businessman, Sharma was ranked as India’s youngest billionaire in 2017 by Forbes with a net worth of $1.2 billion. He has been featured in Time Magazine’s World’s 100 Most Influential People 2017 List and is the recipient of Yash Bharati, the highest civilian honor of the Government of Uttar Pradesh. In 2021, he was ranked as the #62nd richest person in India, according to Forbes. In January 2022, the ICANN-supported Universal Acceptance Steering Group appointed him as UA Ambassador in India.

Sunil Banthia is the CEO of Banthia Consultancy, the only organised pan India consultant in the field of TUFs subsidies, governed by Ministry of Textiles and State Incentives of Gujarat and Maharashtra state. Banthia Consultancy is an organisation committed to provide superior, competent and personalized service at a level that is unmatched in the field of project finance and government subsidy. He has acquired a great reputation as a reliable Subsidy Consultant in India.

Shishir Goel an alumnus of Computer Science from NIT Hamirpur has worked as a software engineer and manager for 6 years at different companies. In 2016, Shishir started building tech product companies in the European market. He founded a tech start-up studio in 2019 and currently heads the organisation.

Saurabh Nigam is the Vice President of Human Capital at Omidyar Network, which is one of the world’s leading impact investing organizations. Saurabh supports ON’s portfolio of entrepreneurs in India, with a focus on organization design, change management, talent management and executive coaching. Saurabh has been recognized as one of the Top 25 future HR Leaders of the country by People Matters & DDI International. He is also the recipient of HR 40 Under 40 award by Jombay for the year 2018. A Bachelor of Engineering (B.E) in Electronics and Telecommunications Saurabh holds Post Graduate Diploma in Personnel Management and Industrial Relations (PM&IR) and SPHR, GPHR and HRMP certifications from SHRM, USA – being the only Indian and one among the first 10 professionals globally to hold these three certifications simultaneously.

Dr Ravindra Singh Shekhawat is a neurologist practicing at Mount Elizabeth Novena Hospital, Singapore. He has a special interest in stroke and post stroke neuro-recovery. Dr Ravi has completed his medical training from Madras Medical College, Chennai, India, and graduated with a Bachelor of Medicine and Bachelor of Surgery (MBBS) degree. He later became a member of the Royal College of Physicians, London (MRCP, UK), before moving on to pursue his senior residency training in Neurology at Singapore General Hospital. This was followed by fellowships at the Academy of Medicine, Singapore (FAMS) and the Royal College of Physicians (FRCP, Edinburgh). He was working as a Neurology consultant under the National Neuroscience institute and has been providing neurology services at Singapore General Hospital and Changi General Hospital.

Rakesh Sheth is a multi-faceted management professional with over 20 years of experience leading businesses across multiple domains and managing cross-functional teams and operations. A passionate entrepreneur at heart, he has a strong finance background, and built successful ventures from the ground up and grown them to leadership stages in their domain. He also has significant experience in helping family-owned businesses aiding in asset restructuring and family wealth & estate management with a focus on reducing risk to family wealth exposure to business uncertainties.

Pooja Surana is a sports enthusiast and is 2nd Dan Black Belt in Karate and CA, CS by profession. Currently she is pursuing her CFA, CMT and is working on financial instruments and leading a team of trading and investment in equities, derivatives and commodities.

Pratik Kulkarni is an Engineer and Entrepreneur. He co-founded a service company in the IoT and Machine Learning domain and did it for 5 years. Currently he is working as a Cloud Consultant while working on his next business idea. He has diverse interests and likes to talk about business, tech, art and culture.

Deepa C Dave has been a corporate executive for 25 yrs now. She is a fitness enthusiast and is passionate about healthy eating and nutrition. She loves going to gym and practices numerology, bach medicine, colour therapy and angel card reading for friends and family.

Brijraj Bhuptani is the Co-Founder and CEO of Spry, India’s first management, communication and assessment SaaS based platform for the movement health industry. He is a seasoned serial entrepreneur and a veteran techpreneur with extensive experience in the technology domain. In 2012, Brij created Ridlr, an app providing traffic information and accurate train and bus schedules in metro and tier-1 cities. Ridlr was the largest mass transit company in India handling 3 million trips per day on its platform. Later in 2018, it was acquired by ANI Technologies (Ola Cabs). After the acquisition, Brijraj moved on to Ola Cabs where he was offered the position of Chief Product and Technology Officer. He was also heading Ridlr.

Ashish Padiyar holds a PG degree in finance and is a NSE certified professional. He has 17 year experience in the Personal Financial Management space with Institutions like Dawnaday and Way2wealth. He is the co-founder of Bellwether Associates LLP and is a proponent of Goal based Investment approach and speaks actively about it in various seminars and workshops. Moreover, Ashish is also the co-founder of Auxano – an early stage start-up fund (SEBI registered CAT 1 Angel Fund) where they focus on empowering technology driven new age enterprises.

A B school graduate Abhishek Asthana, has worked extensively in India and Korea. His experiences include leading the Durex India creative team which won him some coveted awards in India & abroad. Currently Asthanais a team leader at GingerMonkey and is the co-founder at Zorro- a pseudonymous social network platform.

Damodar Mall is the President and CEO at Reliance Retail, SupermarketWala. A pioneer professional in Modern Retail in India, Mall is also winner of prestigious‘Retail Icon’ and ‘MostAdmired Grocery Retailer’ awards. His career-scapeincludes stints at Hindustan Unilever, IIM, Bangalore and IIT Bombay. Mall has also authored two books including ‘SupermarketWala: Secrets of Wining Consumer India’ and ‘Be A SupermarketWala : Step-by-step guide to Supermarket success’

Doctor, nutritionist, wellbeing advocate and columnist, Nandita Iyer is also author of three bestselling books. Her fourth book, The Great Indian Thali: Seasonal Vegetarian Wholesomeness will be out in October 2022. She has been writing on nutrition, health and food for over 15 years and since 2006, her popular blog Saffron Trail has been a major resource for healthy food and vegetarian recipes.

Pramila Mundra holding a Masters Degree in Food Science and Nutrition and a research thesis on ‘Nutritional value of street foods”, is a Nutritionist. She was a part of ‘Nutrition Supplements Product development Team’ in NOVARTIS for 2 years. Pramila also conducts “Healthy recipes” workshop. Currently, she runs her own Health and Wellness clinic at Adarsh Palm Retreat, Bangalore.

She runs her own Health and Wellness clinic at Adarsh Palm Retreat, Bangalore. She can be found on Twitter at @pramilaMundra and her instagram handle is pamz_nutrition.

Priti is the Founder of Lxme, a social Fintech, focussed on women and the Managing Director and Promoter at Anand Rathi Shares and Stock Broker Ltd, a 25 year old financial services firm. At AnandRathi, she pioneered the commodity and currency futures desk, along with the wealth management business for the mass affluent.An Harvard Business School graduate, Priti has done her Post Grad in Family Managed Business from S.P. Jain Institute of Management and Research. Launched in early 2020, LXME, India’s first women’s only financial platform gives tools to invest as well as education on financial planning. Priti is also proud recipient of many prestigious awards. While finance has been part of her DNA, she was deeply attracted to the art of storytelling through films and set up Ishka Films.

Sangeeta Mall is the author of two novels, Cloud 9 Minus One, published by Harper Collins India, and Flight of the Flamingo, published by Westland Books. Her short story, Twenty Gun Salute, has been adapted into the film, Sunny Side Upar, a part of the anthology, Zindagi in Short on Netflix. Earlier, Sangeeta was the editor of International Humanist News, and Managing Editor of The Radical Humanist. A masters in Creative Writing from the University of Pittsburgh, Sangeeta isan alum of the Indian Institute of Management, Bangalore.

S. Sivakumar heads the Agri and IT Businesses of ITC Limited, a three billion dollar portfolio out of the group’s ten. Sivakumar also oversees ITC’s Social Investments Programme and Corporate Sustainability Initiatives. Sivakumar also serves on the Advisory Council to the Ministry of Rural Development, the Commodity Derivatives Advisory Committee of SEBI, and is on the Management Committee of National Agricultural Higher Education Project of the Ministry of Agriculture & Farmers Welfare. He has been on the boards of NABARD and IRMA (Institute of Rural Management – also his alma mater). He has been the Chairman of the National Agricultural Council of the CII, Vice Chairman of the WEF’s Global Agenda Council on Social Innovation and UN Global Compact’s Core Advisory Group to develop Sustainable Agriculture Business Principles.

Shubho Sengupta: a veteran ad guru, Subho Sengupta has worked in traditional/brand advertising working with brands like O&M, Leo Burnett, JWT and Contract Advertising. Senguptahas experience across a spectrum of brands, from multinational to start-ups, including Amex, NIIT, GSK, Gillette, Pepsi, Coke, Motorola, Star-ESPN,DeBeers, etc.Since 2007 he has been involved indigital/integrated advertising and marketing and joined Interactive Avenues in 2007, a digital advertising agency, as National CreativeDirector. Over the years he has worked with brands like NIIT, ICICI, ESPN, Colgate, Travelocity, Rediffusion Y&R Delhi, Airtel, LG, and Xerox.2011-2011. Eventually he moved to Coca-Cola as a digital consultant. From 2013 onwards he has been working as a creative consultant with India’s biggest brands like ABP Group,Tata Tea, Airtel, Nokia, Lava Mobiles, Times Group, and Outlook. Currently he is a consult with IT Ministry (Government of India) functioning as a Director, MyGov.

Vipul Gupta, a mechanical engineer, is known for building high performance teams and organisations. Currently he leads Earth Focus as its Executive Director mentoring people including young aspirants and dealing with strategic handling of complex community-oriented development issues. Earlier he was associated with companies like Mine Aid Products Private Limited, Regency Technologies Private Limited, and Gmg Technotrades Private Limited. He can be contacted on Email vipul@earthfocus.in.