This day in history- 25 years back. 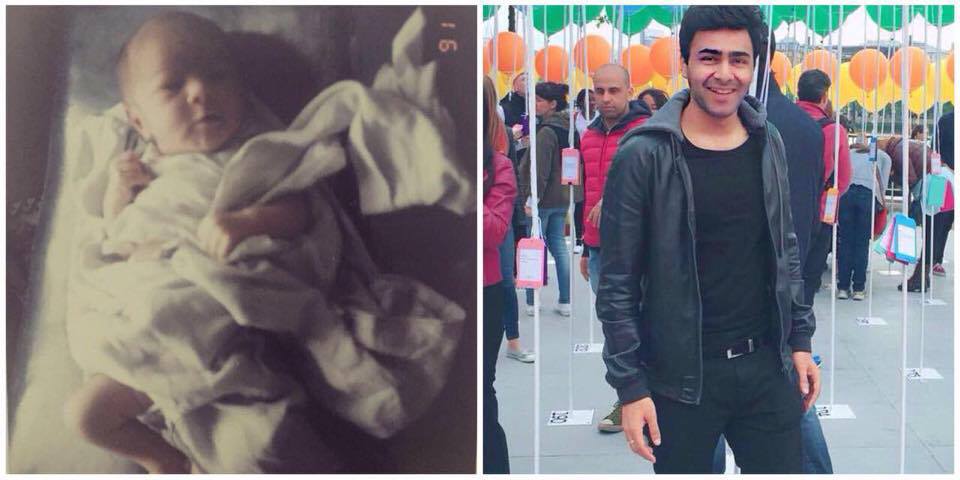 25 years back on this day Sameep came in our life. It’s astonishing how time flies and how fast things change. August 26, 1991 seems like yesterday. That was the year when US troops marched into Kuwait at the start of Gulf war. That war changed the whole world for ever. Gorbachev was in power in USSR and it dissolved. F.W.de Klerk was the President of South Africa and there was Apartheid. That was when Nelson Mandela became President and Apartheid ended. A small piece of news that most missed in 1991 – Tim Berners Lee announced on Aug 6, 1991, the first website on something he created called the World Wide web which started a chain reaction that 25 years later has directly connected the whole world population on the internet. The year 1991 changed the world and also me.

Living in Purulia had its own advantage. Being a small town and our family being well known we had the privilege of reserving a room at the hospital for Sameep’s arrival for almost a fortnight before his birth. Dad had got the hospital room freshly painted and all things new. A grand welcome awaited him in this world. I was too young, all of 25, when Sameep was born, and so I was nervous, clueless and overwhelmed. Apart from Minoo’s regular doctor Dad had called for a senior one from Bokaro, a neighboring town with better medical facility. Minoo and me were both excited about the new person to arrive in our life. She always wanted a boy, and I, a girl. Minoo was admitted to the hospital on 25th. When she went in the labor room, the whole family was there outside waiting for his arrival. Though we are a small family but long distance cousins, friends had all lined up at the hospital. I was anxiously waiting on the stairs and at 3:27 pm the nurse came to inform about Sameep’s birth. Suddenly tears rolled down my eyes. It was hard to hide my emotions though I tried my best. Its an emotion you cant explain to anybody. The whole family was excited and too happy. It was after 18 years we had an addition to the family. We were now four generations in the family, living together. My grand parents were over the moon. Sameep became my model and I took his pictures – capturing his every mood, every emotion. I used to write about all happenings around the globe with his each event – whether annaprasan or first day at school or first diwali etc.
Sameep became the joy of our life. Epicenter. He took to everything very fast. In almost 8 months he was walking around. It still remains the same. Sometimes it helps him, sometimes it has a negative impact. It was around the same time we were setting up the plant at Faridabad and also I was deep into Rotaract. Traveling every week. To be honest, I missed out on the fun years with him. He was always his Grand pa’s favorite. I got more and more involved into my work as it needed me in its growth trajectory. I was working more than 80 hrs a week. Never understood Sameep needed me more. Somewhere we lost out on each other. He got used to my absence. In between when we were relocating to Faridabad he lived with my parents for couple of years while Minoo and I were settling up our new home at Faridabad. I got more and more busy expanding my work. Time flew. Sameep learnt to live with my hardly being there around him. I was busy with my work. By the time I realized and wanted to be with him, he flew out of the nest. As always, he wanted to fly faster. Too eager to be on his own.

He is back home after 8 years of staying away. Settling back in the family and with a zeal to take over the family legacy. My little love had grown up to live life his way. Taller and stronger than me. As handsome as I would have dreamt my son to be. I know he loves me more than I can even think of.
Love you and wish you all the happiness in your life. Happy Birthday buddy.