General tips to slow down ageing

How much are you doing to slow down your aging and maximize your lifespan and health span? Lots of things contribute to the aging process, many of which will surprise you!
We’ve put together this list of 60 additional tips to slow your aging and live longer, all backed by research.
Skim through it to see what you’re already doing, and what will be easy for you to integrate into your daily routine.
Diet (Nutrition and diet are very individual things and choose what works best for you)
Supplements (Always supplement consulting a physician and after doing your blood markers)
Exercise
Sleep
Tracking
Lifestyle
Mindset

While we doing this newsletter on Ageing & Longevity came this Tim Ferris podcast with Dr Matt Kaeberlein &ZeroWidthSpace;
The Life-Extension Episode — Dr. Matt Kaeberlein on The Dog Aging Project, Rapamycin, Metformin, Spermidine, NAD+ Precursors, Urolithin A, Acarbose, and Much More&ZeroWidthSpace;
&ZeroWidthSpace;Dr. Matt Kaeberlein is a professor of Laboratory Medicine and Pathology at the University of Washington School of Medicine, with adjunct appointments in Genome Sciences and Oral Health Sciences. Dr. Kaeberlein’s research interests are focused on understanding biological mechanisms of aging in order to facilitate translational interventions that promote healthspan and improve quality of life for people and companion animals.
People could eventually be able to turn the clock back on the cell-ageing process by 30 years, according to researchers who have developed a technique for reprogramming skin cells to behave as if they are much younger. This article in The Guardian details how scientists have made further inroads into reversing ageing process of cells. 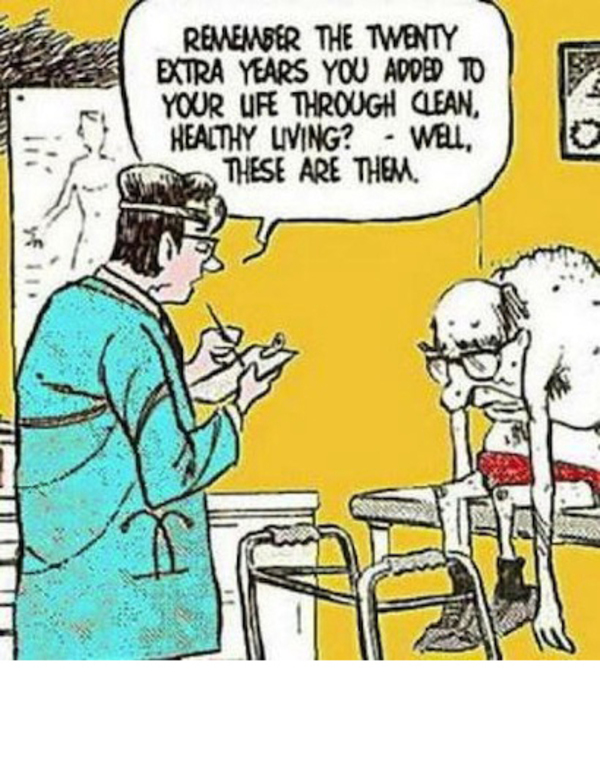 The search to extend lifespan is gaining ground, but can we truly reverse the biology of ageing. The idea of extending human life makes some uneasy, as preventing death seems unnatural. Certainly, were lifespan to be drastically increased, there would be challenges. Already in many countries the population of old retired people is more than young earning tax payers. The burden on health care cost and pension is tremendous. There are other social issues also. But research into the biology of ageing, and consequently extending the lifespan of humans and animals, has become a serious endeavour.Drugs and interventions developed over the past century that have almost doubled human lifespan could be considered as anti-ageing. Think of antibiotics, which have added anywhere between two and ten years to human life expectancy. There have been many movies and books around reversing ageing and the problems associated with it. One such movie is Death Becomes Her.
In the cult movie – there is a famous line – ‘Wrinkled wrinkled little star, hope they never see the stars.“ Said by Madeline Ashton (Meryl Streep).
The movie, a masterpiece then, known for its special effects, has now a loyal fan following and an underlying message, which we all have wondered in our life at least once. Ageing and Immortality. The movie follows the decaying career graph of actress Madeline and a writer – Helen (Goldie Hawn), who are frenemies. Just to spite her friend Helen, Madeline steals her fiancee – a brilliant plastic surgeon – Dr. Ernest (Bruce Willis) and marries him. What follows is a journey of two women – Madeline and Helen who are besotted with youth and beauty. And in order to fulfil that, they both resort to a mysterious woman – Lisle Von Rhuman who provides them a potion of staying youthful forever. Just like everything comes with a price, the potion does work, but the body if not taken care of will decay. Then follows is a series of misadventures and in the end as an audience, we are left wondering, is this is the price we have  to pay if we are immortal – mere creatures, made of clay and putty… yet Alive.
The lore of immortality is described in all mythologies. In Indian mythology we have the 8 immortals – known as Chiranjeevis, who are said to be still alive and wandering the forest, mountains of India. But what if we are just  immortal, just alive, yet sick with crooked limbs, a frail body and a mental capacity merely functioning? If this is how we age, then ageing is scary. Perhaps what we all need to understand and we are finally understanding is that ageing can be our best friend. We can be in our fittest state of mind and body if we start to think in terms of increasing our health span and not just our life span.
Regardless of whether any of the drugs are eventually shown to be safe and effective in humans, the current advice for maintaining health in old age is predictable but effective. Exercise, a varied and moderate diet, maintaining social contact and avoiding stress have profound health benefits, and good deep sleep for 8 hours, beyond anything that will ever be available in a pill.
I would like to express my gratitude to Sangeet Kothari and Shweta Jani for being my bouncing boards for each issue of the newsletter and correcting typo errors, which I am master of. If you like this newsletter you have a zero cost way to support it by sharing with your friends and family and giving a shout out on your social media platform. On Twitter and Facebook or if you have received it as a forward please Subscribe.. Please leave your feedback and suggestions. You can mail me or tweet to @SandeepMall using #goodvibeswithSandeep.
We have also archived all the old issues and you can access them at www.sandeepmall.com. They contain some very good tool kits to take charge of your well being.
See you next week .
Sandeep Mall